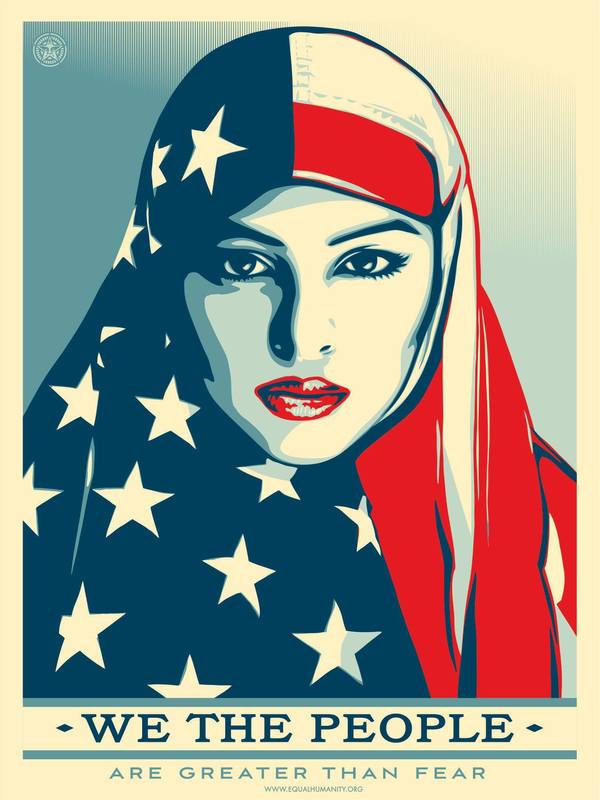 "Artists Take Action" further confirms my impression that with the exception of examples in contemporary comics, political art in a graphic mode has been all but killed off by simpleminded outrage. Sue Coe has produced much better work than her 2017 linocut in which the bellowing visage of Donald Trump blocks out the sun as Klansmen and a Nazi maraud innocents on the ground. The title, Total Eclipse of Rationality, is scrawled across the top, in case the image itself is too subtle.

Shepard Fairey's kohl-eyed beauty wearing a hijab made from an American flag is typical of his overstyled sterility. It is political art attempted, ridiculously, on the template of Patrick Nagel.

Works from fifty years ago fare better, particularly Ron Borowski's humane photograph of a black man with stars and stripes greasepainted on half of his face. The choice of a model resembling the recently assassinated Martin Luther King was deliberate. It hails from a time when complexity was still possible.