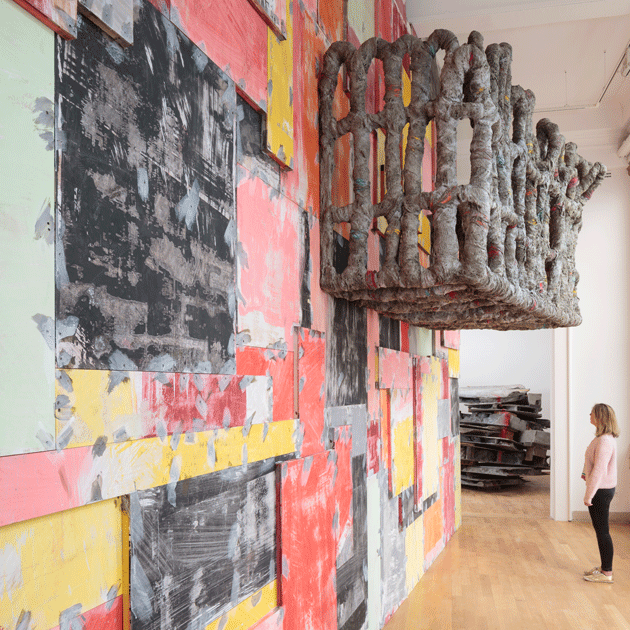 Embracing a Neolithic aesthetic, Phyllida Barlow has built an archaeological wonderland a la Indiana Jones in the British Pavilion, replete with precarious boulders, barricades of projecting stalactites, and human-dwarfing pillars. As one crouches and squeezes from room to room, the fear factor is minimal. The installation captures the impressiveness of labor-intensive, archaic architectural and sculptural gestures. But she leaves all the packing tape seams, screw heads, and plywood edges prominently on display. It's all a sham.

But it's a sham in the same way that Stonehenge and Göbekli Tepe are shams. Barlow's DIY folly is a temple to all the ancient false hopes and fears that we have never stopped having. There is no Holy of Holies (though something like it is maybe the artist's presence herself, via some sketches on display), but there is still the intrinsic fun of making and sneaking through a groovy sacred space.