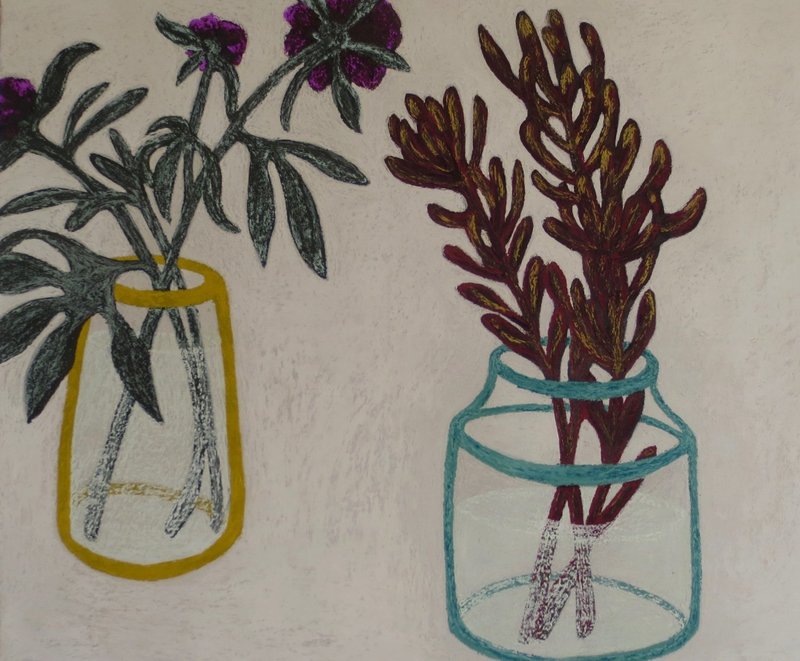 Soft pastel is as close as an artist can get to working with pigment itself, the powder that gives paint its color. It is also regarded unfairly as an amateur's medium, though the impression is correct in that not many people use it with as much urgency and personal vision as Angela A'Court.

Starting with the notion that a still life is a conversation between objects, sometimes standing in for the people connected to them, A'Court renders glassware, flowers, teacups, and the like with a drawing style that flattens them into outlines and scumbled textures. A'Court wields both subdued colors, such as the cool grays and earthy browns of Monday Morning (2017), and ringing ones, such as the lemony tabletop of Blue Jug, with aplomb. The latter is dated 2012-17, indicating the monkish reflection behind these simplified compositions.

Japan, where the artist has lived and whose objects she has studied, has a saying, "Cooked people delight in the ordinary." It is high praise.