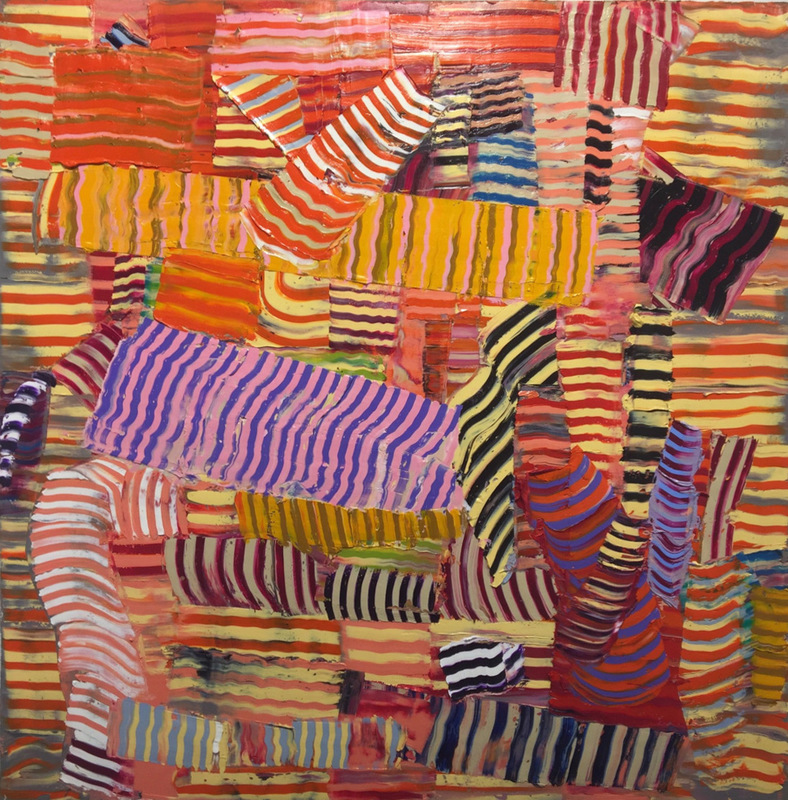 Kathleen Kennedy Poe's works are dominated by a single method of paint application. She arranges two or three colors in alternating piles on the palette, then smears them into a pattern of stripes using a palette knife. Her hand wiggles and turns to create variations, and she reworks some of the resulting bands with neutral, darker versions of the same colors to create a sense of three-dimensionality.

That's it, but it's enough. Kennedy Poe gets a wide range of effects out of these limited means, from the brooding Sweetest Catch to the hot luminosity of Rocking Horse (both 2017). This latter piece is a seductive exercise in composition through color, increasing in intensity from blue-grays and ochres on the bottom to scarlets and yellows on the top. Here and there, banners of cooler colors pop forward, contrary to the adage that they tend to recede. Several smaller studies using the same technique look like one another but feel vastly different, due to her enormous control over hue.