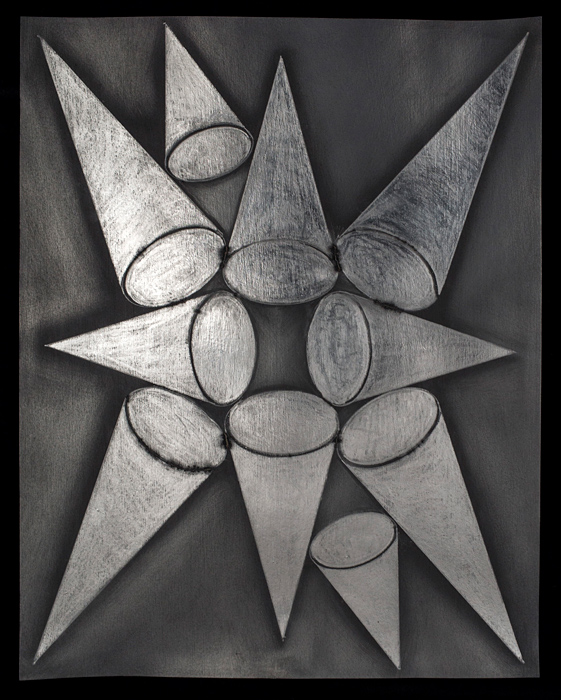 Graphite conducts electricity. So do metal wires, up to a point. Paper, not so much.

David Goldes's studio practice explores electrical conductivity and lack thereof on a fine-art template. A series of graphite drawings fill the front room of Yossi Milo. They depict dusky, geometric forms with a metallic sheen on even darker backgrounds. Voltage has been run through them until the paper burns away at some of the graphical intersections.

A sampling of photographs nearby has him applying current to wire constructions that have been placed on paper-collage backgrounds. They appear to be burning sculptures in vibrantly painted rooms, but closer inspection reveals it all to be a fiction of colored paper and wires arranged in orthogonal perspective.

The gee-whiz aspect of the project weighs on the art effect, but doesn't smother it. Goldes's "Circuit Drawings" convey a spooky minimalism, lent welcome irregularity by the electrified breakdown of the supports.