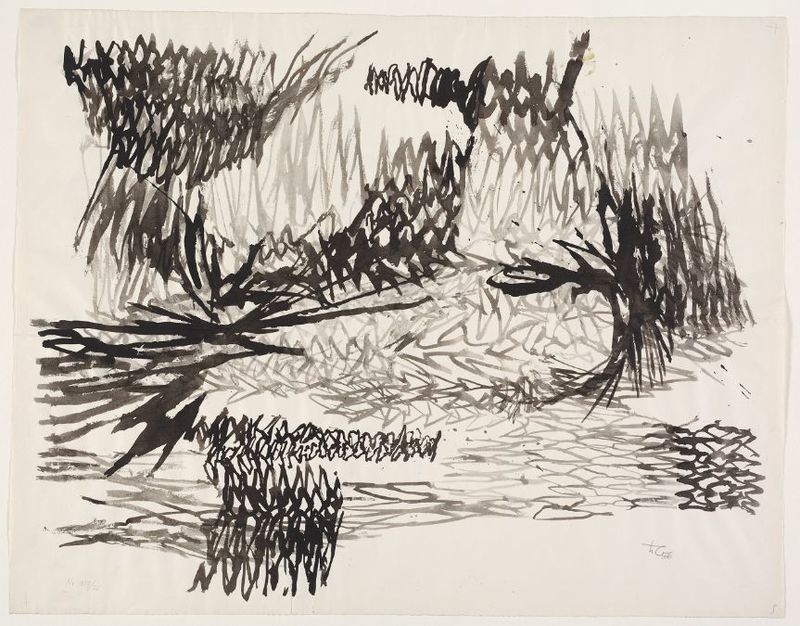 Five years in the making, "Inventur" examines German artistic production in the decade-plus of recovery after World War II. It takes its name from a Günter Eich poem that describes his meager belongings, including a "precious nail / I keep concealed / from coveting eyes."

That sets the tone for the work from the Forties, executed in whatever media that could be scrounged. Ruins figure prominently. Jeanne Mammen rendered them in Cubism on cardboard. Erwin Spuler painted them isometrically on plywood, the wreckage seeming to extend forever. Wilhelm Rudolph recorded the dismal scene that was Dresden in furious ink lines, piled up like a nest of heartbroken twigs.

Liberalization of markets and taste in the Fifties enlarged the possibilities. Standing out among the abstractionists is Hann Trier, whose woodcuts - carved from tennis racket casings - are lively and urgent. A drawing from 1956 has him working with two hands at once, in a frenzy, as if making up for lost time.