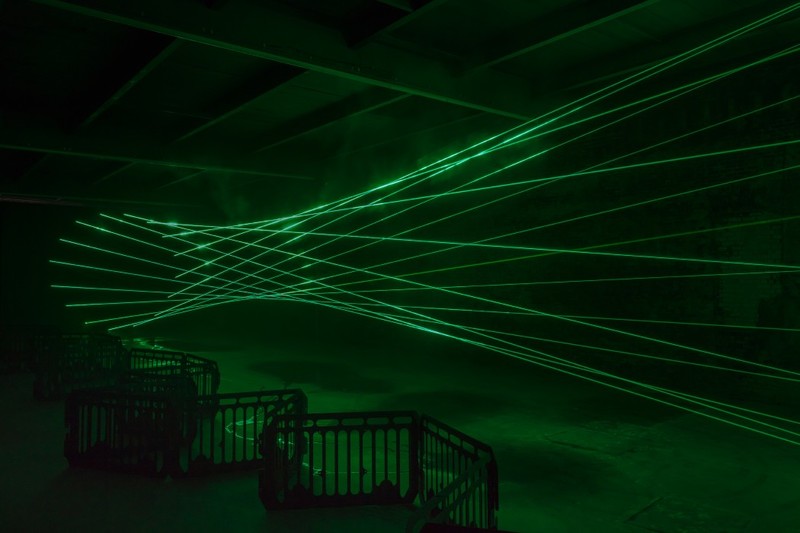 While basking in the vibrating and radioactive green glow of McBride's installation, it seems like a convincing proposition that you might be in the presence of a cosmic wormhole. The drip of the condensation and the whir of the generator in this dank concrete chamber add a auditory rhythm to the ebb and flow of dust and vapor that passes through the twisted circle of laser beams that form a hyperbolic tube, signifying some unattainable passageway that we can't quite touch. (There are custom stanchions as well as alarming warning signs about getting too close to the light).

Is this a take on Flavin? It is, a variation on the ghostly and rectilinear Untitled (to you, Heiner, with Admiration and Affection) from 1973. It's similar to the way that one might perform Aeschylus in an amphitheater in Delphi or on the surface of Dune's Arakis (sandworms, Mentats, and all), a flickering dialogue between two artists' visions of the supernatural gateway between worlds.