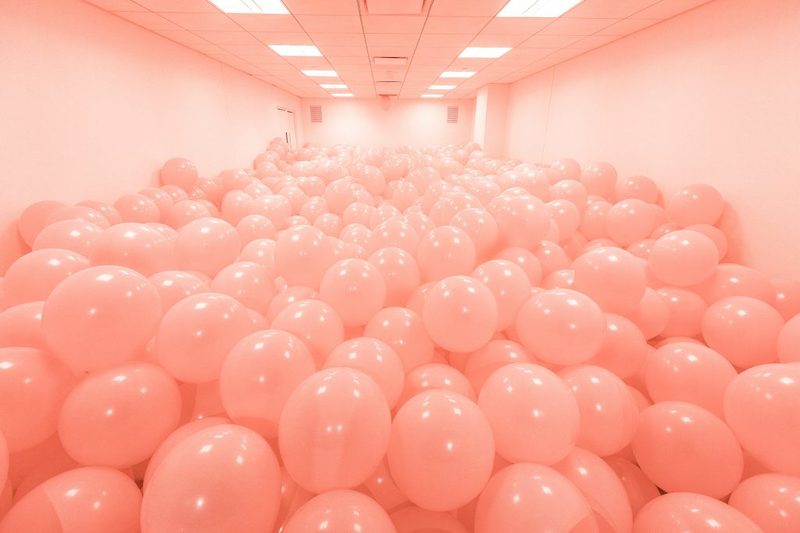 You know that you're in "Playtime" from the squealing emanating from one of Martin Creed's two pieces in the show, Work No. 329 (2004). The installation, following the artist's precise instructions to "fill latex balloons with half of the air in a given space and then fill that space with the balloons," is the highlight of the show because it's most appealing to children, who know far more about play than the rest of us. The shrieks are theirs, though they themselves are invisible save for the displacement of balloons as they navigate the glowing pink room.

The best works for adults slip by our guard, using play to explore uncomfortable themes. Some of the strongest of these are videos: Mark Bradford's 2003 short Practice, where he shoots hoops with deadly seriousness on a windy day while wearing an Antebellum hoop skirt version of a Lakers uniform, and a collection of Angela Washko's pieces (2012-17) set in World of Warcraft that focus on confronting sexism inside that sphere.