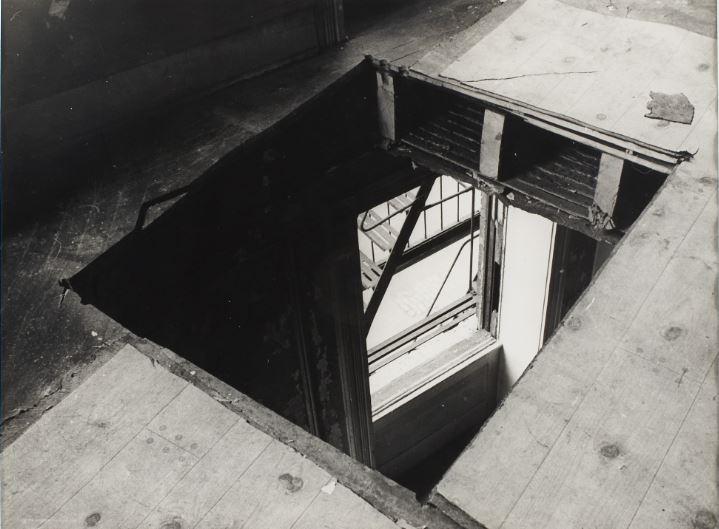 Bronx Museum of the Arts

The casual footage of Matta-Clark and friends spelunking in Substrait (Underground Dailies) (1976) says everything about the transitional moment in NYC that he had the clarity of vision to immerse himself in, capture, and literally cut through. It gets to the heart of his work, treating the decorative and the crusty residue with equal interest. It lacks all barriers to access that would be in place now and celebrates aimlessness as an aim. It reads like a study for something, but is really just an amble through the underpinnings of the city for the pure joy of it.

This first major Matta-Clark retrospective in ten years is perfectly sited. There's nothing like walking by the buildings that replaced the buildings featured (and incised) in his Bronx Floors series of 1972-73 to drive home the point of the city's neglect and then sale to the highest bidders. The show also gives wonderful space to his live art works with social engagement dimensions like Food (1971–4) and Garbage Wall (1970).