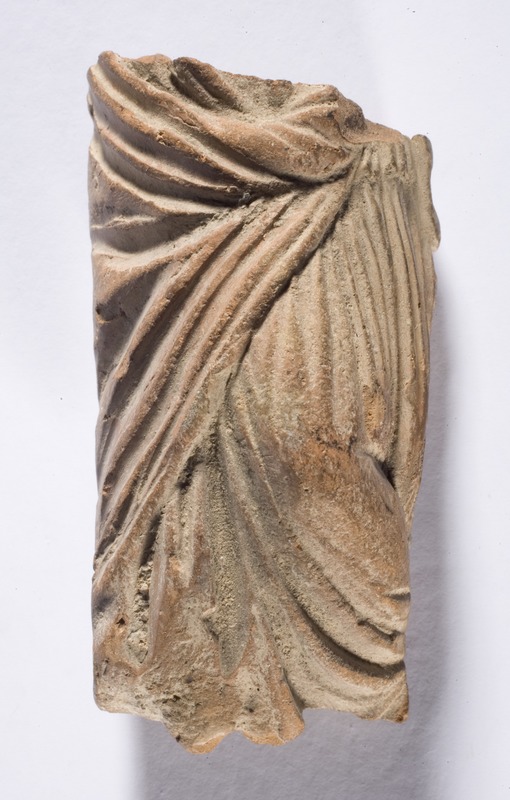 The concept of "Fragment" is to give a loving, one-room exhibition to specimens donated to the Davis in the name of scholarly and aesthetic interest despite the fact that they had been broken off of something else, or something had been broken off of them. Absent sufficient context, commentary is cut short. The viewer is forced to look and wonder. This is a delight.

"Fragment" features a high-relief stone Gautama from the third-century Kushan Dynasty, which was philosophically Greek, linguistically Iranian, and religiously Buddhist. The sculpture makes felt all three cultures. A chunk of marble depicting three toes and a bit of instep to hold them together, from the fourth century BCE, is executed with delicacy that inspires fantasies about the rest of the Hellenistic masterpiece. Nothing but an eye-catching abstraction of folds remains of a little clay Tanagra figure from the same time. Worn heads from Medieval France to ancient Mexico mug at us from across history, connecting.