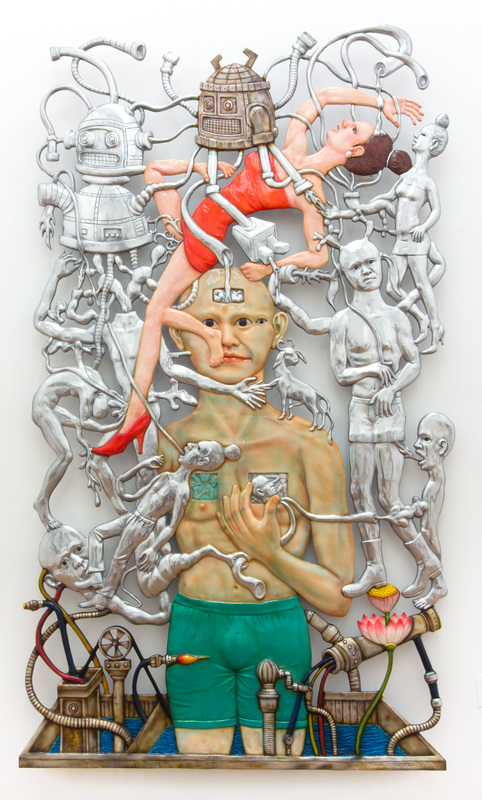 Entang Wiharso has drawn on the gilt-brass sculpture tradition of his native Indonesia, while depicting an orgiastic view into his psyche. The recent pieces at Marc Straus are aluminum colored with auto paint, and the change of medium has moved them into new semiotic territory. They reflect a horrified fascination with the state of American affairs, full of sex and anger and piecemeal assimilation. In Double Headed (2016), Trump appears on a TV mounted on a Cadillac around which violent and intimate capers are taking place, dominated by a two-headed, necktied man hoisting a bowl of food with chopsticks.

The multi-eyed central figure of Reclaim Paradise (2014-15) is subjecting himself to a gripping transformation that entails cranking machinery, a torch aimed at his groin, a Buddhist lotus flower, writhing homunculi, and angry robots abducting a woman in a vermilion cocktail dress. It bears a Boschian message: the route to salvation is doomed to be strange.