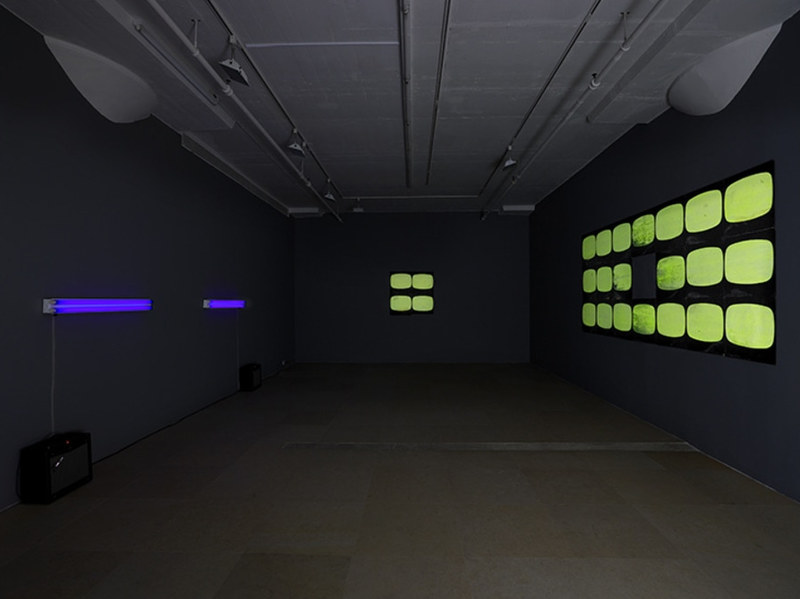 Split between two institutions, this touring exhibition of the not-fully-recognized-for-his-contributions-to-multiple-fields-until-the-last-ten-years-of-his-life artist Tony Conrad, feels about the right size for the important task of righting that wrong.

Harvard's piece of the exhibition is film-heavy, including Conrad's self-curated six-hour long showcase of his works, Authorized to Surrender: A Video Retrospective, 1977-90. It's lovely (and a bit exhausting) to have access so many of his experimental works at once - not simply the most famous, his 1966 The Flicker.

Harvard also has some of Conrad's most recent works, including his 2013 Phonarmonica, an iteration of a glass harmonica involving a drill press and four toilet plunger heads. A simple sound-installation piece, made in 2012 based on archival recordings, Bryant Park Moratorium, is a clear precursor to his major project Studio of the Streets, featured in Documenta in the early 1990s.