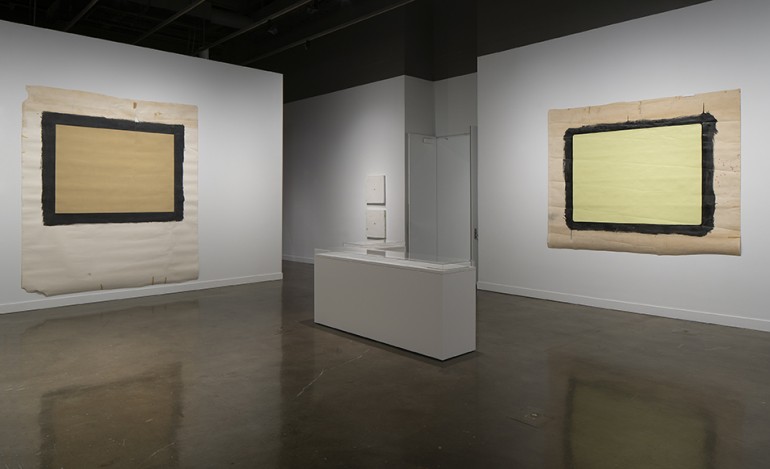 MIT fittingly devotes a significant amount of space to Tony Conrad's experimentation and innovation in the fields of sound, composition, and video. It shares many of his homemade instruments, as well as his incredibly elegant conceptual series, the Yellow Movies, minimalist paintings in the medium of emulsion intended as very long-form films, "playing" for fifty years.

Though MIT is hosting musical and sculptural works, they have devoted most of a gallery to his film/installation, WiP, featuring Mike Kelly and Tony Oursler. ("Women in prison" is a now-outdated exploitation film genre.) This piece represents Conrad's most elaborate experiment. During a hiatus in shooting the improvised piece, he bought the building in which the set was installed. Due to Kelly's untimely death, the film was never finished as planned. But excerpts were edited together for an exhibition in 2013, and shown in tandem with his hand-built prison cells. This marks him as far ahead of his time in terms of strategies for merging experimental film making and performance art.