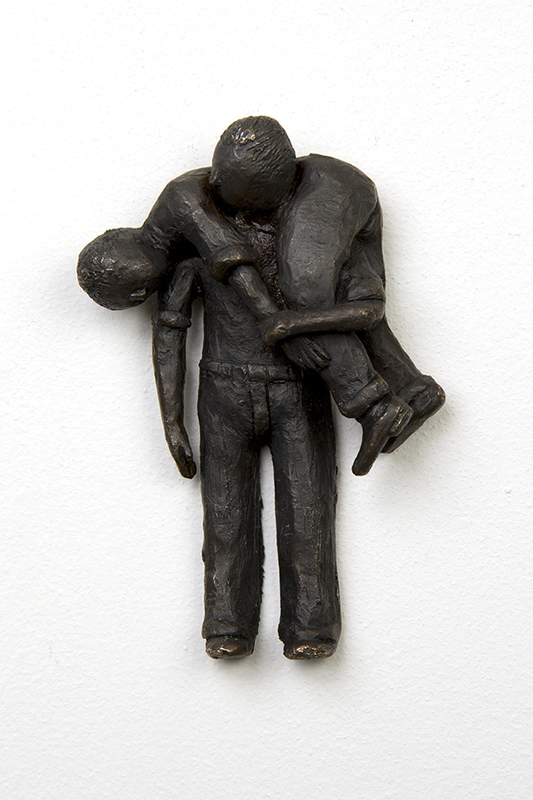 Interestingly, the drama of loss is sidelined as Saft focuses on gestures of caring, assistance and sympathy. Reminiscent of 19th-century fairy tale characters, her modest figures radiate goodness, and lack determinate sex, individual personality, or facial expression. Bird-beak noses indicate the direction of attention. Legs, arms, and hands touch and bend as they would feel rather than as they would appear. The anatomical liberties elevate small kindnesses and intimacy to a plane of higher importance.

Saft models the figures in wax on a small board with a penknife warmed by a candle, pitching each figure’s center of gravity high, hidden between the shoulder blades. Weightless below, the brown-black bronzes float or hover on white walls, creating a magic aura continuous with softly rounded, cast shadows. Being emotional, the work reads extremely quickly, and like a fable, it cannot be dislodged.