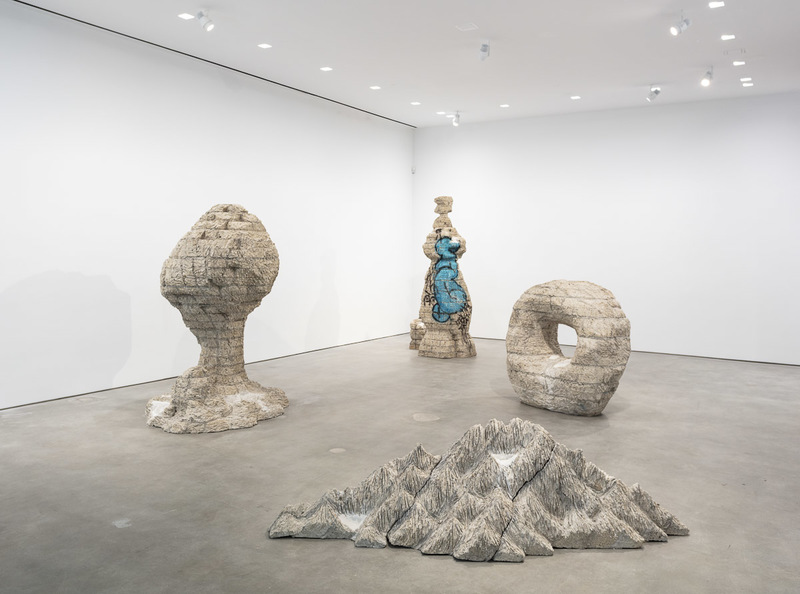 Using various forms of dirt to present various forms of space, Ortega's structures describe the types of nature that are man-made. These sculptures are somewhere between sites and deposits. Bricks and different kinds of clays push out like volcanoes and pull down like valleys. The stand-alone sculptures that resemble scholar's rocks are nice enough, but fade into the background compared to Ortega's Irregular Emplacements (2019), a seven-foot tall mountain of sand with a cutaway gap that divides it into halves.

In many ways, this is a rival to Urs Fisher's "You,” which converted the gallery into an excavation site. Additive in nature, Ortega's project is site-specific but also portable and reproducible. It questions accumulation, rather than digging through the gallery to uncover what is hidden. Instead of ripping into sedimentary layers, it creates them, creating an adult-sized toy mountain. Seeing the strata of greed reveals stockpiling for what it is: depraved.