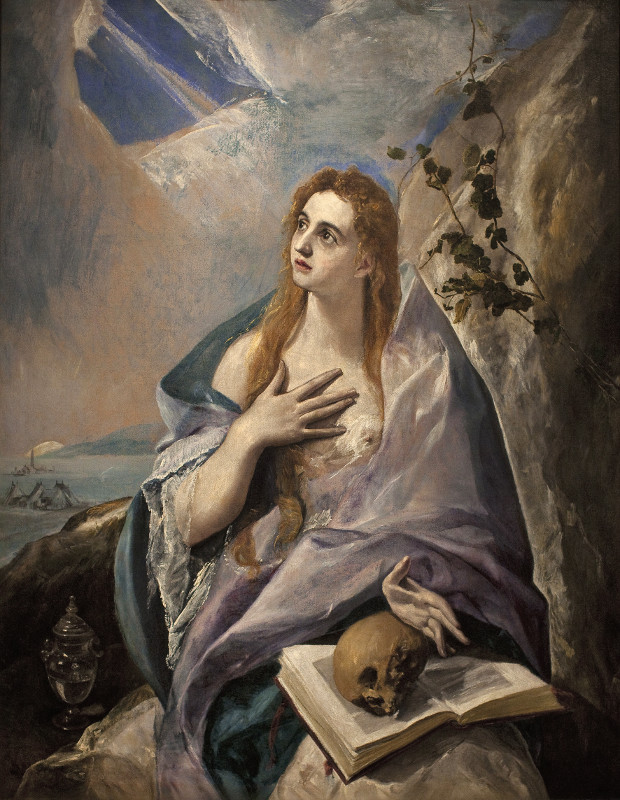 Art lovers gaze upwards, transfixed by a massive altarpiece hung from the rafters of the Grand Palais in Paris. Religion aside, The Assumption of the Virgin (1577-1579) captivates the eye with drama, vivid color, and movement. More than thirteen feet high and weighing 331 pounds, the oil was painted for the church of Santo Domingo el Antiguo, the first commission for Doménikos Theotokópoulos, called El Greco, after he moved to Toledo.

The exhibition, titled simply "Greco," includes early paintings and portraits, but focuses on religious works, many in multiples. Two paintings of a repentant Mary Magdalene show one with revealing décolletage (1576-1578), another more modest (1577). Five versions of Christ Driving the Moneychangers from the Temple date from 1568 to 1609, the latter emphasizing the elongated, twisted figures typical of El Greco’s mannerism. This superb overview reveals his transition from realistic portrayals like those his teacher Titian to the exaggerated figures said to influence Picasso.