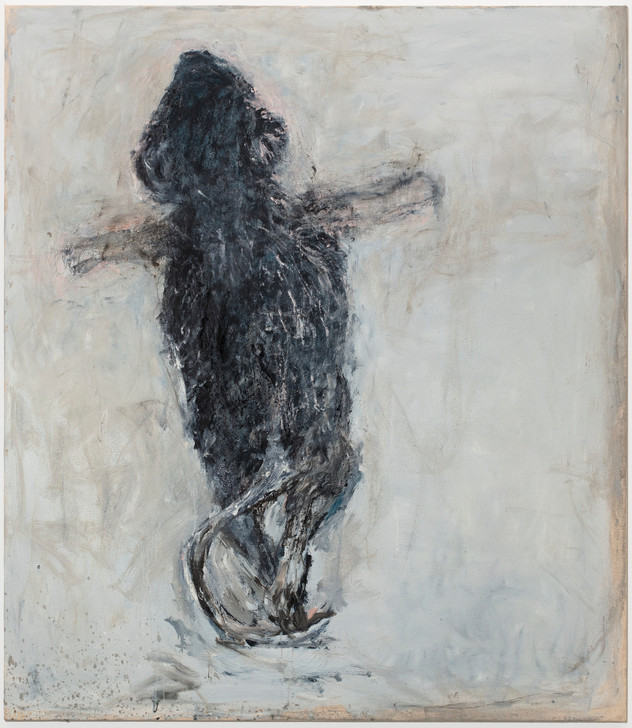 Since the 1970s, Susan Rothenberg has been feeling her way through her paintings with ambiguous gestures that become a road map to her intense and obsessive process. She creates and erases, leaving an aftermath of urgency and hesitation through assured, fleeting, and palimpsestic marks. This show of paintings and drawings were influenced by her New Mexico surroundings and include recurring motifs of hands, birds, and figures.

In Pack Rat Fall (2016-19), the rat could be dead but is painted vertically with splayed arms in a pinkish glow that suggests movement, even dancing. Its tenderly painted feet seem to stand on its tail. The hint of an eye in its raised head appears to be either closed to life or in ecstasy from it. In Four Red Birds (2017), the glowing creatures hover on the upper left corner of the mostly gray canvas, depicting the essence of bird-ness with little detail. Both canvases magnify Rothenberg's devotion to keen observation and a relentless questioning of form - an intense focus that produces a magical uncertainty.