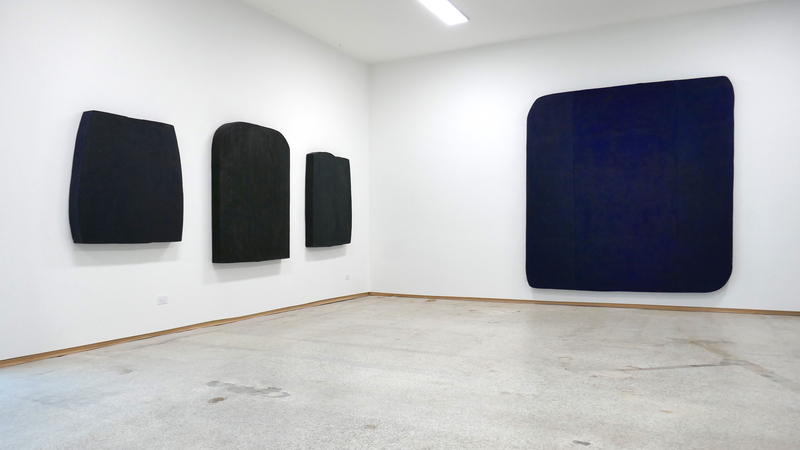 The chronological span of Robert Thiele's exhibition at Emerson Dorsch reveals much reinvention and self-challenge. Nevertheless a thread emerges, the manifestation by analogous forms of his physical strength and the motions of his soul. The objects convey what it feels like for him, in every respect, to exist in the world. They do so with such simple grace that the viewer can join in. Hulking, brooding slabs in the front room reverberate with a separate display of small boxes of wood, scrim, and other materials that invite both looking at and looking in.

This is patently masculine art, presented to an art world so discomfited by male energy that even the gallery's press release is defensive about it: "Work that seems to be stubbornly modern and macho in a 20th century way, isn't. A concrete sculpture seems heavy and stolid and yet it seems to emanate a spiritual force." But when Rothko described art as an anecdote of the spirit, this is exactly the kind of thing he was talking about. The virility fuses with conscientiousness to concretize that ineffable power. Embrace the lesson.