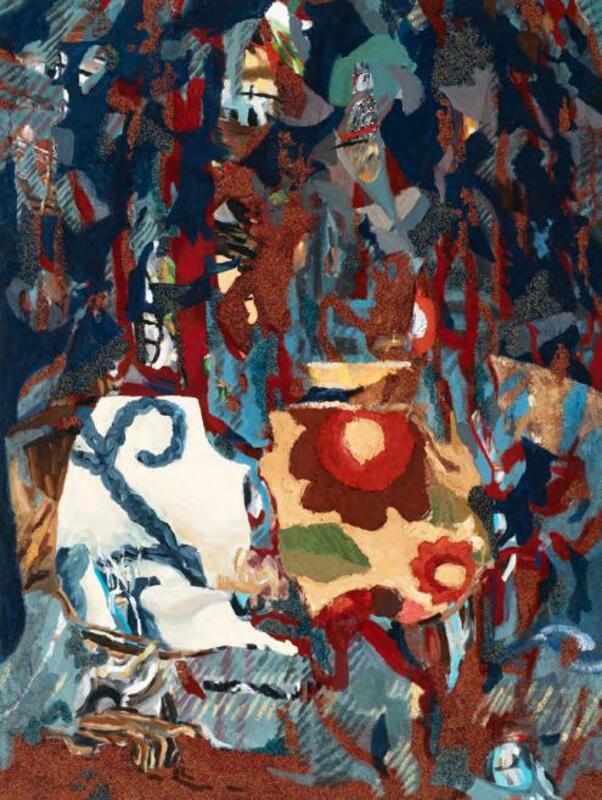 Very little of the activity that produces the art of Randi Reiss-McCormack takes place in the realm of language. Without claiming that such art is superior to other kinds, it does produce an effect not available via other kinds, one of seriousness, hermeticism, and intensity.

Contained, but not fanatically so, to palettes of gray and brown, Reiss-McCormack pushes instead into the range of available materials. These include yarn, tufted through the canvas like a rug, and collaged fabric as well as oils. The shapes feel intuited, except where they have been derived by tracing some found source, an act of self-abnegation that lends to the sense that the works emerge from an organic, ineffable process. Patterns of clothing and upholstery appear, then are subsumed into a mode of abstraction too dark to be lyrical but related to it anyway. They coalesce as compositions strange enough to deny comfort but so distinct as to defy argument.

The notion that all good, new art looks ugly at first sanctioned a lot of creative perversion. This kind of work is what it was originally about.