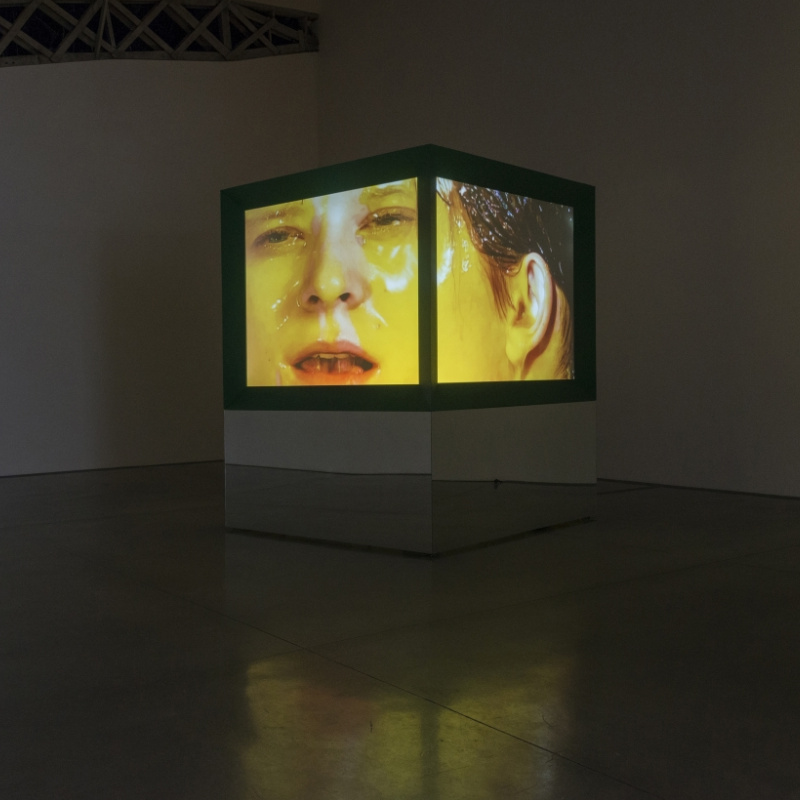 In the tradition of the Wizard of Oz or an Olmec head, Judith Barry's four-channel, four-sided video installation intimidates the viewer with an impassive, speechless, oversize visage. Is this monstrous, sexless being the summation of all knowledge and emotion, perhaps? She or he is repeatedly doused with gooey, viscous and powdery substances that probably are mostly foodstuffs, which lends the installation a slapstick tenor. But they could be stand-ins for blood, phlegm, vomit, and many other fluids with darker connotations. So by its stoic resilience, the face commands respect and sympathy.

Barry's sense of humor generally deflects pretentiousness. A mirrored base to the cube supplies the giant head with our own, tiny, reflected feet, and though the soundtrack is almost solely the strained breath of the big head, and the cascading substances, at one point crickets scuttle across her face, underlining the thought, "crickets..."