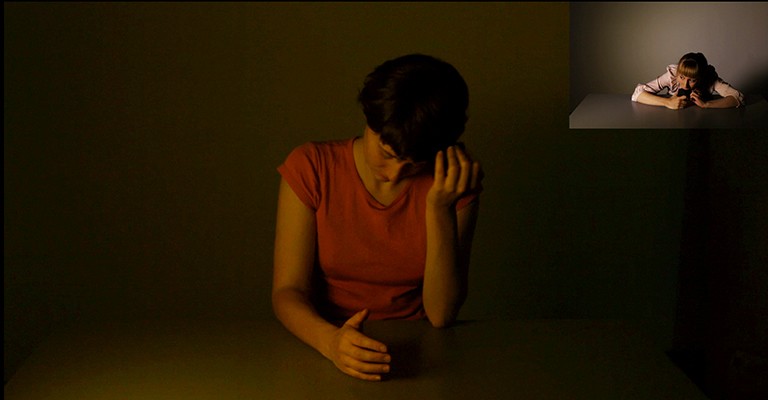 An Inventory of Shimmers: Objects of Intimacy in Contemporary Art

"An Inventory of Shimmers" is, with exceptions, also an inventory of artists born in the early-mid 1970s, so the definition of intimacy it relies on to achieve its goals feels skewed.

Cesarco's Fragile Images That Keep Producing Death While Attempting to Preserve Life: Flowers found in crime scenes_001-004 act as a nice metaphor for the problem by calling themselves "fragile." The images make a false claim on fragility, while pointing to all of the human fragility that lies outside of their frames.

The List's guide states the essentially grammatical fact that "feelings take objects, living or not," but these particular objects, by dint of being displayed in a gallery, are invested with a heightened sense of their object-ness. The material subject matter feels emotionally thinner as the artist's birth-years go forward in time, raising the question of whether it's just the quality of the materials that are relevant to this generation's aura of thinness.