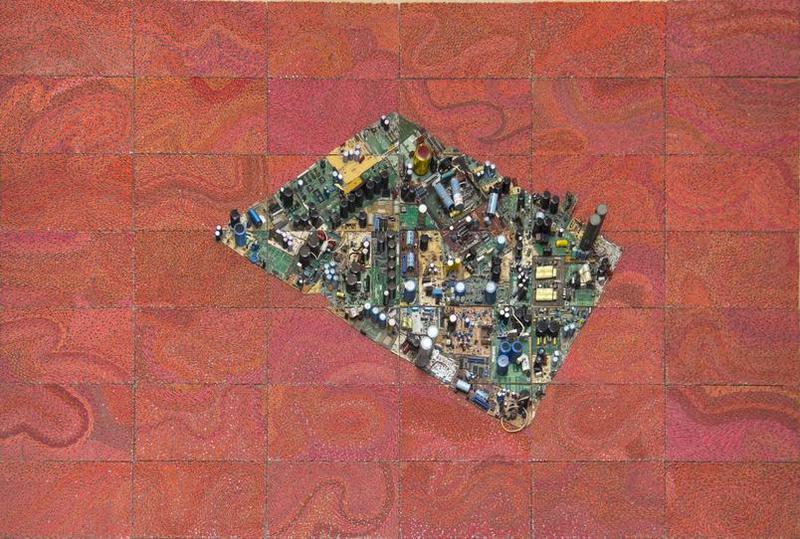 Square peg after square peg neatly fits into one round hole after another: Elias Sime forms contradictory lyrical connections between opposing mediums and subject matter. Brightly colored recycled electrical wire is woven into patterns trimmed to fit a cinder-block sized unit.These units form technicolor walls, the teeming fields on which sunsets, seas, mountains, and figures commingle; sentimental but effective and radical in opposition to their base medium of techno-rubbish.

In Tightrope Narcissism (2017) a fiery plain gives rise to a patch of urbanity made from oversized electrical condensers, scaled to remind the viewer of an dystopian citadel. Tightrope: Evolution (1) (2017) layers a swimming frog over twinkling polychrome static. These images are deceptively simple until Sime's penchant for recycling comes full circle, and the question arises as to whether the junk is in the service of the artist or the artist is in the service of the junk.