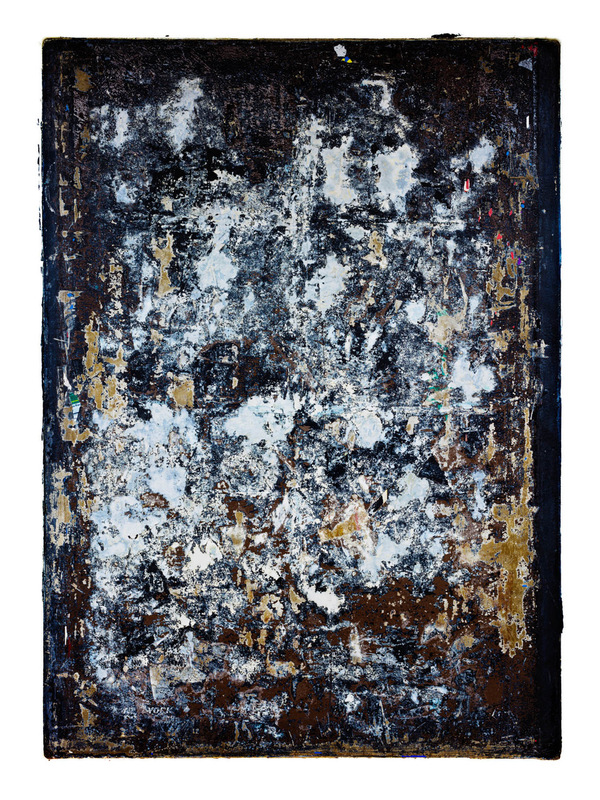 Spiritual places have long been part of photographer Wyatt Gallery's work, most directly in his series on Hindu temples, and historic Jewish cemeteries and synagogues in the Caribbean. His photos of stripped subway billboards at Foley Gallery on the Lower East Side furthers this exploration more abstractly.

Ranging in size from two to nearly nine feet wide, the images show fields of color and texture revealed after one advertisement is removed and before another is put up. Patches of blue, yellow, and white, formed from years' worth of posters, strips of tape, ridges of glue, and decaying layers of paper against backgrounds of blacks or browns, give compelling density and depth and invite sustained viewing. Gallery sees these surfaces as temporary sites of contemplation that appear randomly through the subway system, and in capturing them he reimagines the city as innervated with places for potential, if momentary, emotional and spiritual engagement.