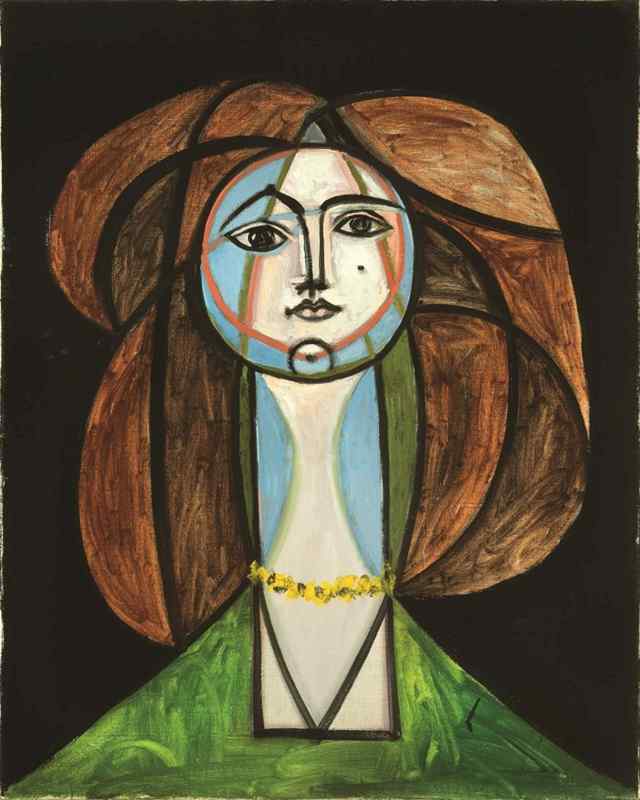 Françoise Gilot - Picasso's penultimate partner, forty-year-junior muse, and an acclaimed artist in her own right - carries this show. Her lioness face and mane fill the page on which he drew her portrait (Portrait de Françoise, 1953). In contrast, her successor sleeps, vulnerable and powerless to wound by seeing (Jacqueline dans l'atelier, 1957).

In a series of crayon drawings from the interim (e.g., Le Modèle dans l'atelier, 1954), Picasso portrays a grotesque old man leering at a nude whose eyes appear shut in ecstasy. When Gilot left, Picasso mocked himself for looking, and avoided being seen by denying women gaze.

He also told dealers to not purchase Gilot's art. Showcasing Picasso's intimate circle from this time by including footage and photos of Gilot, but excluding her work and ignoring his physical abuse and professional retaliation, reproduces the pathology. Yet Gilot wins. Her eyes shine out from their daughter's face (Portrait de Paloma, 1952), demanding his best.