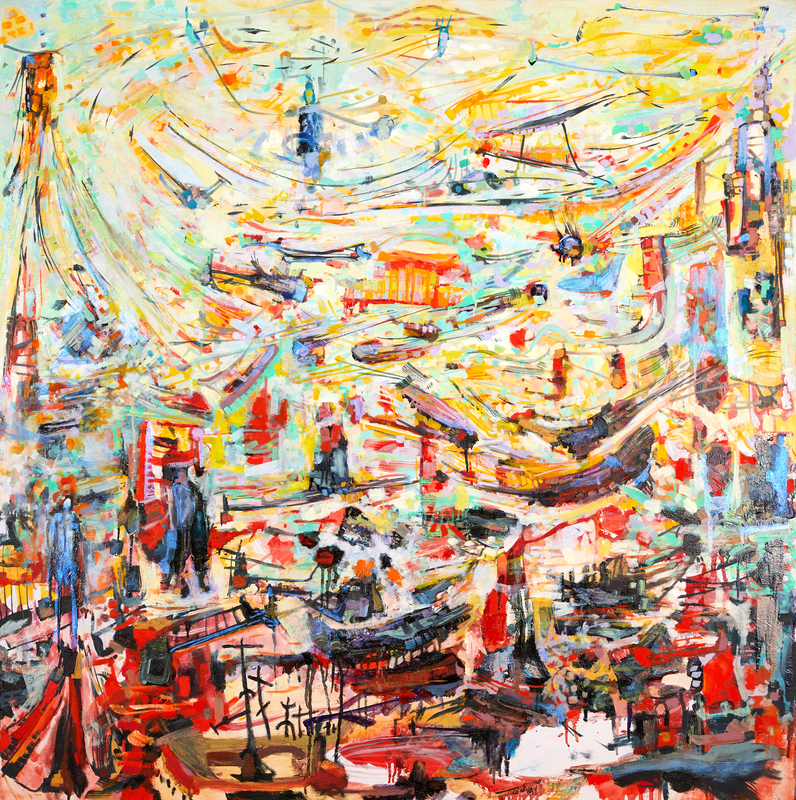 Aristotle Forrester's churning canvases take an abstract-expressionist attitude to an effort to depict Arcadia, the pastoral vision of harmony that has been a mainstay of the Western imagination since the Renaissance. This is an apt way to go about it in 2017, given that the details of such a place only ever seem to get fuzzier.

Forrester builds up his pictures with vivacious strokes of oil. They coalesce into landscapes, vague but filled with burning light. The Course of Things (2017) features a standing figure in coal-hued silhouette and what may be a fallen tree among an assault of broad marks. The immediate impression of Within the Gates: Where Titans Sleep (2017) is that of a circus under an air show, though the scene is implied entirely by frenzy of lines and intense colors.

The artist's borrowings from AbEx and Futurist masters are not debts so much as invested leverage. He is painting with a maturity all out of proportion to his age, with honesty and guts.