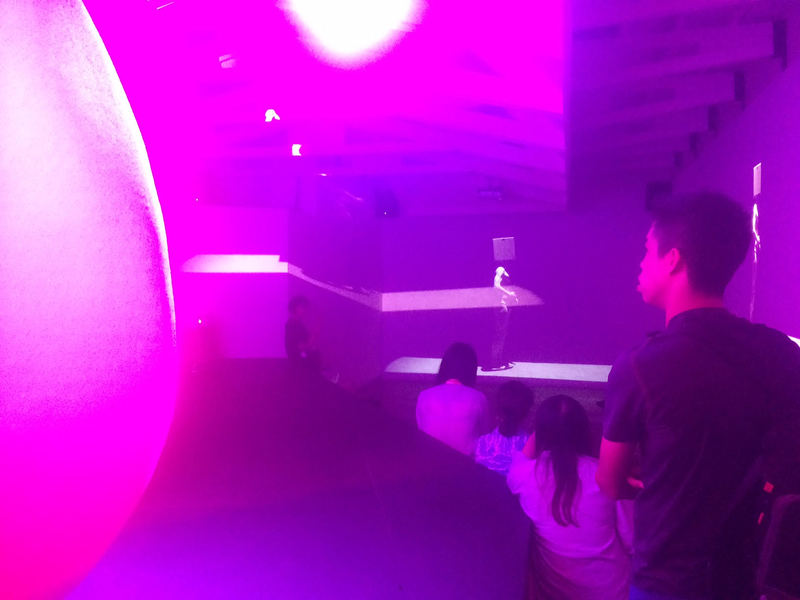 Punning on many readings of "animation," Mellors and Nissinen call up ancient traditions of two-person Finnish poem-singing to retell a bizarre intersection of creation myth and contemporary social satire. From the word "animation" sprouts both the act of world-creation as well as literal animation in the two main characters Geb and Atum, a robotic talking felt egg and a cardboard box.

The antics hover between Douglas Adams's, Terry Gilliam's, and Christopher Guest's nerdy glibness. Projectors are strapped to Geb and Atum and their conversation is illustrated by ethereal animations. Puppets, drawn cartoons, and 3D renderings swirl dizzyingly around the darkened Aalto pavilion. Like any myth, the Finnish Kalevala is complicated and confusing as it explains the origins of human tribes and quirks, but for the artists it is stretched from distant past into apocalyptic future, spanning 35 million years, and in its wit and zaniness The Aalto Natives achieves universal accessibility.