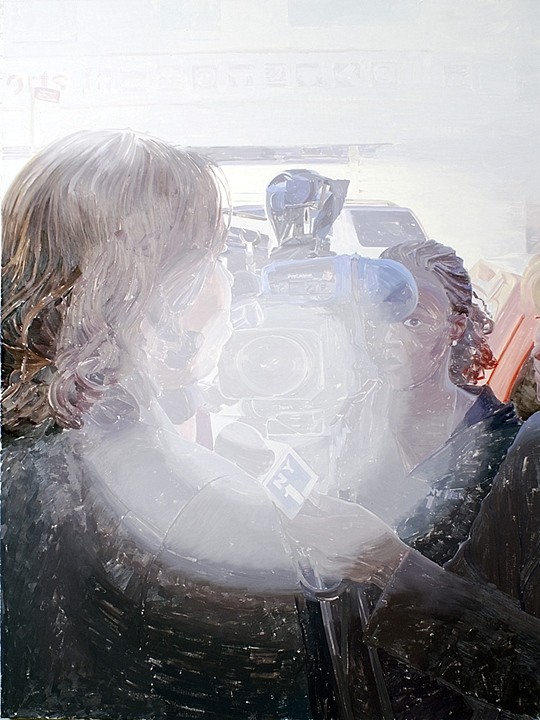 Peter Krashes uses the technicolor, fresh palette of a Renaissance fresco cycle to depict the narrative of political and community activism that shadowed the divisive Atlantic Yards/Pacific Park construction project in Brooklyn.

Like so many historical picture cycles, there is gravitas and spectacle and faces recognizable from the papers. City Councillor Letitia James in Cameras Always Find the Elected Official (2010) is blinded by the flashes of newspaper cameras as if a witness to a saint's miracle.

There is a cast of hundreds of nameless persons protesting or engaging in community projects in Egg Painting (2015), and the spontaneity of Krashes' first-person visual descriptions is startling. Small observations alternate with broad gestures. A series of painted faces from a literal and metaphorical block party heighten the surrealism that comes close on the heels of a campaign of action, now done but still fresh in memory.