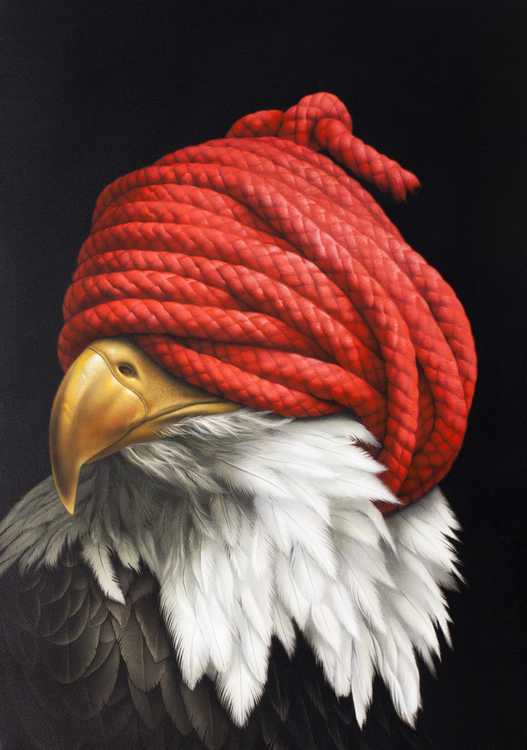 Some artists show the messiness of their process, their sketchy first efforts, or many versions of one idea, as if to say that they're never finished. Eckart Hahn employs the opposite strategy.

His precise, bizarre acrylic paintings could be advertisements. Their symbolism tends toward simple, their colors bright, their composition clean and uncluttered. Yet the message is anything but consumerist. A winding of red rope blinds an imperial eagle. A cat and dog smile as one, split in two and unjoined. An otherwise perfectly realistic horse has two asses and no head. We may be enjoying the view, but this world is blinded, schizophrenic, and unthinking.

One World, Hahn's striking diptych of a map of the world next to a standing body, both in flames, tops the exhibit. The body's empty boots below extended, gloved palms simultaneously implies absence and presence, flight and persistent questioning. One wishes to see also what did not make the cut.