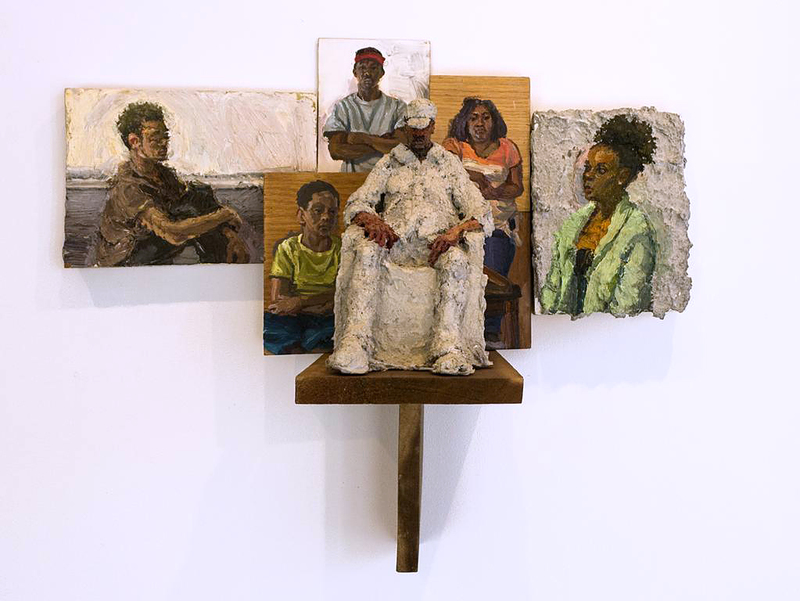 With a drawing style indebted to Alice Neel and a painting method that leans hard on Lucien Freud, Sedrick Huckaby absorbed neither artist's compositional sense. He has a tendency to plunk a subject down in the middle of a support that contains little else of interest. What he brings instead is soul-searing insight into his sitters, rendered in barnacled impastos. The drawings are stunning in their particularity of character. No African-American artist has depicted African-Americans with such probity and monumentality since John Wilson. This matters more than formal adventure. Humanity ought to be witnessed in its entirety.

That said, the standout work of his show at Steven Harvey is the most formally venturesome one. Fredrick's Family gathers five portraits behind a sculpted figure into an asymmetrical assemblage. The dour patriarch, in clay, sits like a mountain in a chair. Paint accretes on them. So do stories. So does a glow of sympathy amplified to the point of religion.