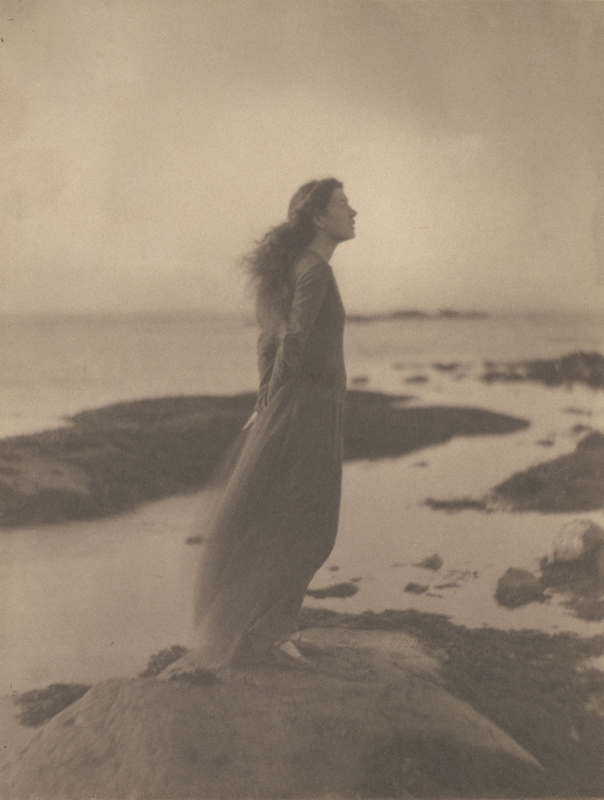 This thorough exhibition of Clarence White and associated figures handsomely displays seminal photographic works. While his sense of invention was confined largely to technical matters, White was a master of them, with due influence.

His is an unusual case of a politically progressive, aesthetically conservative artist. He produced a series of portraits of early American socialists that were informed, like the rest of his work, by Tonalism. Thus a 1909 palladium print shows Rose Pastor Stokes in a flowing dress on the shoreline, standing in profile with her mouth agape and her hair blown back, as if she has just wandered out of a Maxfield Parrish illustration.

Lacking a single modernist bone in his body and felled by a heart attack at 54, it was left to his reverent students to unmoor from Thomas Dewing and Utamaro and chase down the inherent possibilities of the medium. A striking still life of cheese and crackers from 1922 by Paul Outerbridge indicates what was to come.