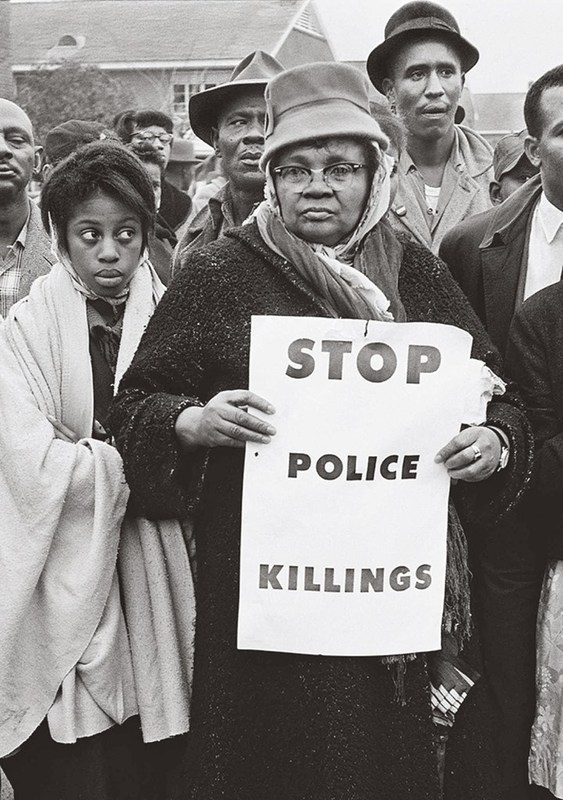 Drawing parallels between James Baldwin's writing and the way that American documentary photography captured the period from the Great Depression through the Civil Rights movement, "Time is Now" is a clean, simple space of reflection on race in the era when Baldwin was writing most prolifically. The current moment is not present in the images, but it feels present in the room.

Case in point: Steve Schapiro's Stop Police Killings, Selma (1965) could easily have been ripped from a contemporary news feed, except that folks are dressed a bit differently and aren't taking selfies.

Danny Lyon's Segregated Drinking Fountains in the County Courthouse in Albany, Georgia (1962) is a chilling reminder of how even much more institutionalized racism was then than it is now. But in the now, it's also striking to note that of all of these images, drawn from Harvard's permanent collection, only one was shot by an African-American.