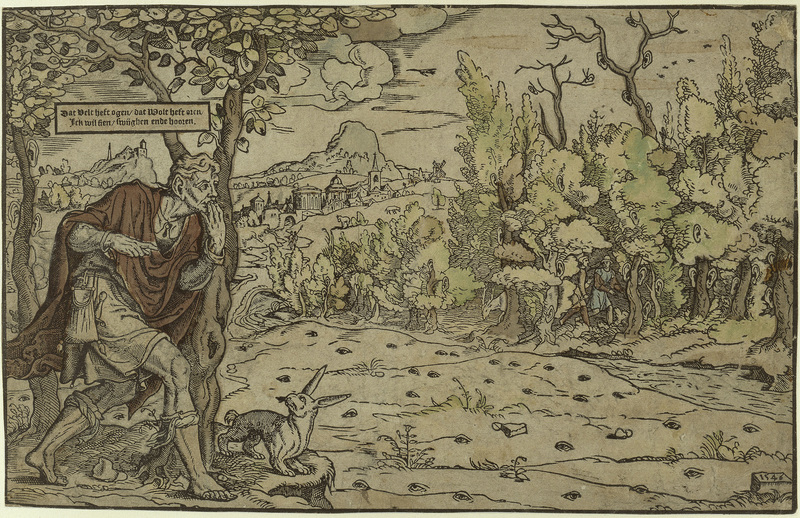 The Field Has Eyes: Images of the Surveillant Gaze

Surveying the surveillants through 16th-20th century prints, books, photos, and objects reveals an arms race of observation and evasion. Early surveillance photos from U.S. banks (1950-1980) show thieves evolving disguises: Hands over faces turn into masks, gloves, and a hunky robber working under a floppy hat and dress. Cameras themselves morph from clunky apparatus into a lighter (c. 1960), cigarette packet (c. 1970), and handbag (c. 1975).

In another engraving, The Field has Eyes, the Forest has Ears, (1546), one man listens to two others in the forest across the field. Its message: we are each others' keepers. To paraphrase Jean-Paul Sartre, tyranny is other people.