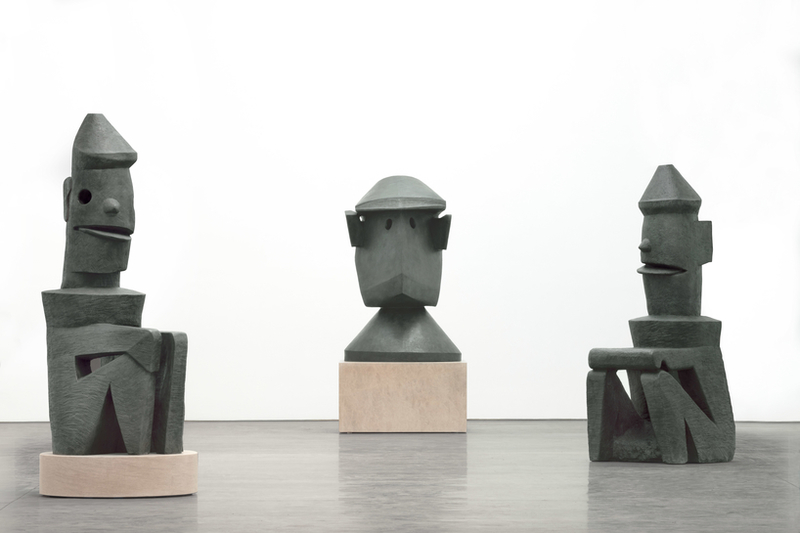 One can tell that the three imposing figures in Paul Kasmin Gallery are up to no good, even before their collective title identifies them as the "Teaching Staff for a School of Murderers."

Max Ernst gave each of them a name. One is Séraphin le Néophyte, the blind idiot of the group, whose duty is to sit on the ground and yell a neverending warlike drone from his geometric mouth. Another is Séraphine-Chérubin, whose mocking tongue is pointed at something seen through her blank, circular eyes. The third, Big Brother, regards the view before him from under his flat cap, stonily making plans for you.

These bronzes were editioned in the late Sixties and nevertheless seem like they came out of the forge last week as a comment upon the current political climate, with shrill actors - nominally angels, but obviously clowns - carrying out obdurate schemes. One can imagine their exquisitely abstracted forms aptly gracing a house of governance. Or better yet, a college campus.