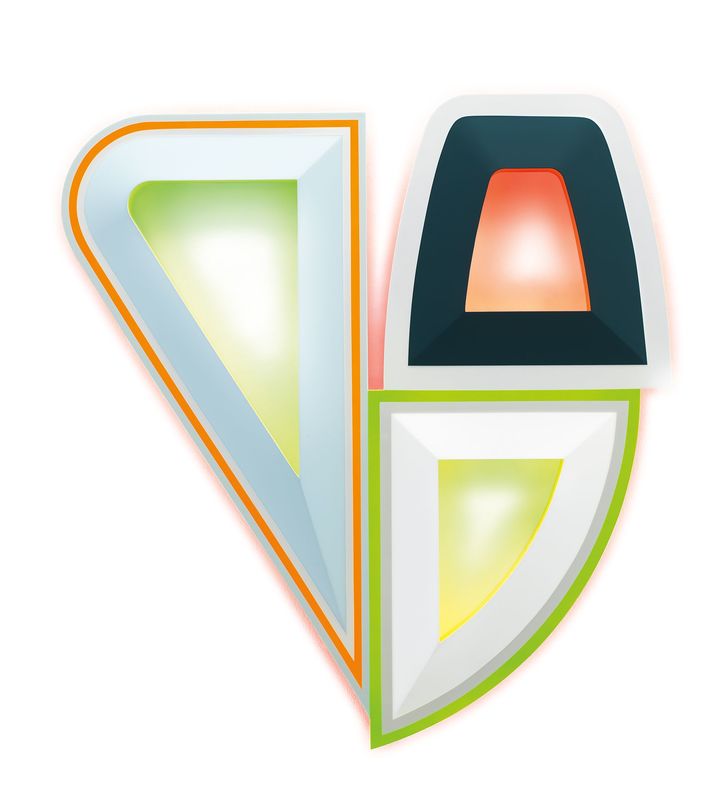 At first pass, Beverly Fishman's constructions at McEnery seem simply to explore some uncharted territory opened up by Frank Stella's protractor series. Highly geometric and finished to a hard gloss, they hang on the wall with great presence. Many forms open to the wall itself, the receding edges painted brightly so as to produce colorful reflections that glow from behind the physical objects.

Flowers arise from dirt. But we brush dirt from the flowers when the time comes to display them. The tight coupling between the sources and the results closes off the works rather than clarifies them. They stand on their own, and their sinister element could come through on its own, without the prescriptions.