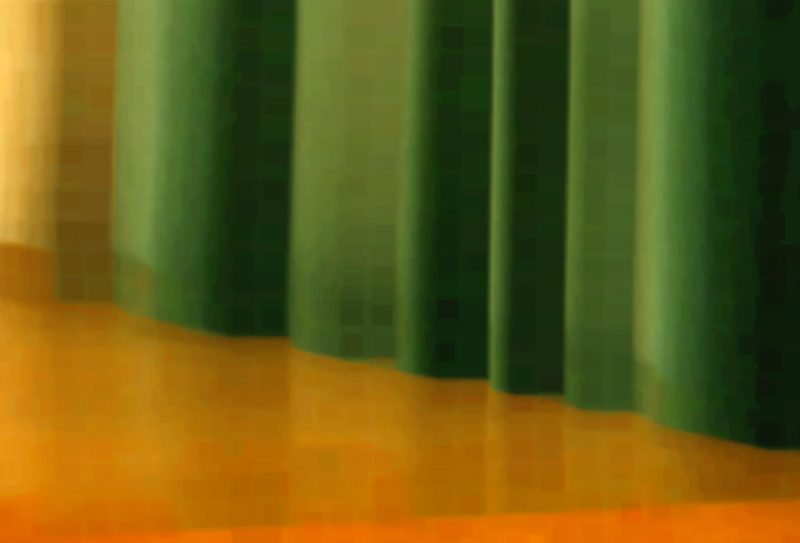 Photos rarely achieve the depth of color, perspective, and texture that makes some paintings - like Turner’s seascapes - fun to stare at for hours. But as its title claims, some of the photos in this showcase of the first Becher Class at the Kunstakademie Düsseldorf become pictures. The view of a dense jungle from above appears almost abstract (Axel Hütte, La Puerta, Venezuela, 1998). The night sky as viewed from the European Southern Observatory photo archives sparkles with depth (Thomas Ruff, 17h 30m/-20 degree (Stars), 1992).

With subjectivity comes deception. Some works on display intentionally and obviously manipulate photographic images. In principle, the effect might be to transport viewers to a world of new possibilities. In practice, the manipulations displayed fail to transfigure. Jörg Sasse's 5671 (1996) could represent a dust storm in Iraq; but it merely shows retouched flats in doctored fog. Photos can become pictures; but in the age of fake news, should they?