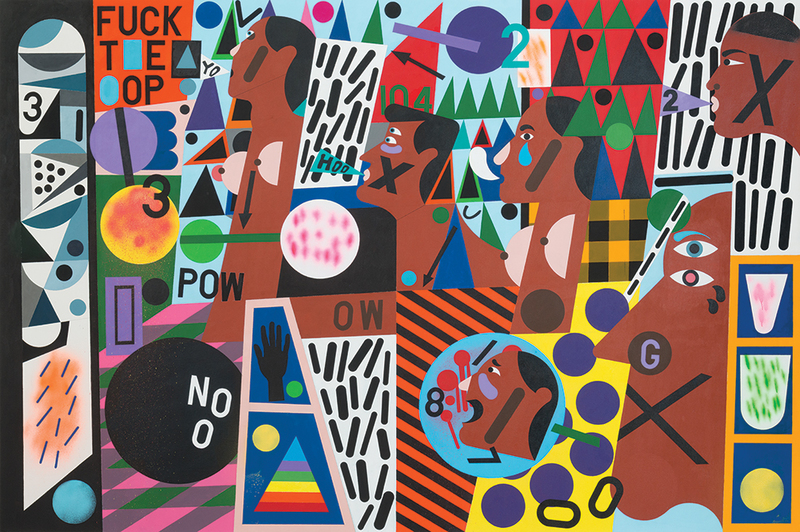 In a moment of heated activist art, Nina Chanel Abney handles the politics of race and gender with a cool head and a long view.

In thirty paintings, watercolors, and collages, as well as a mural at the exhibition’s entrance, the Jersey City-based artist combines aspects of cartoons and street art with traditional forms like portraiture and landscape. Her first solo museum show covers ten years of stylistic development, over which Abney flattens her scenic depth and relies increasingly on stenciled icons to compress imagery to the intensity of an emoji.

Earlier paintings like Forbidden Fruit, in which the androgynous characters are racial mashups, frustrate simple readings. In more recent pieces that portray black bodies and police as elements within an iconographic visual field, Abney discards entrenched, oppositional viewpoints to establish a more open critical position. This work brings a crucially calm tone to a fraught discussion about identity.