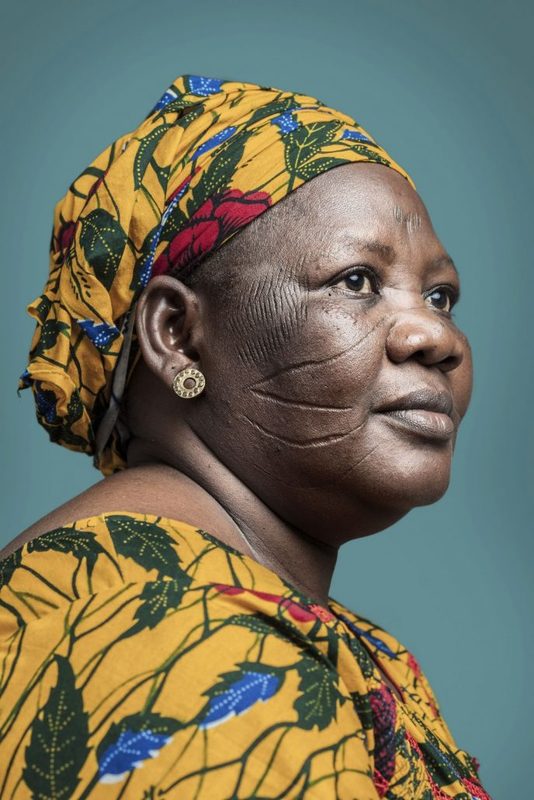 Africa Is No Island

With a unity rare even in solo shows, this exhibit showcases a rich range of contemporary African photography. The medium's flexibility across collage, illustration, portraiture, and more is on full display.

The experimental curation succeeds. Entry and exit walls burst with photos. Many paths cut through many rooms, evoking a winding medina, though it reminds one of historical injustices to display the artists' work without their names.

Several parts of the exhibit juxtapose color, object, sound, and space in ways that reward attention. Lebohang Kganye's part black-and-white, part-color series follows a woman dressed in a man's suit and tie leaving home in the night to journey from South Africa to America, though finally slumping in a stupor of fear (Ke Lefa Laka, 2013-14). In Maïmouna Guerresi's royal diptych, Throne in White and Throne in Black (2016), trashcans and tires make armrests. Articulating new visions with old technical mastery is contemporary art at its best.